Did you know that computer memory used to be stored in cores linked by hand-woven nets of copper wire?

The core was a small ferrite ring (iron because magnetic), and wires were woven between them to read or set the electrical current in that magnetic ring (which ran clockwise or anti-clockwise depending on the value). This direction represented “on” or “off” (1 or 0). Each ring stored a single bit, and there are eight bits in a byte, so 128 kilobytes required over a million ferrite rings. 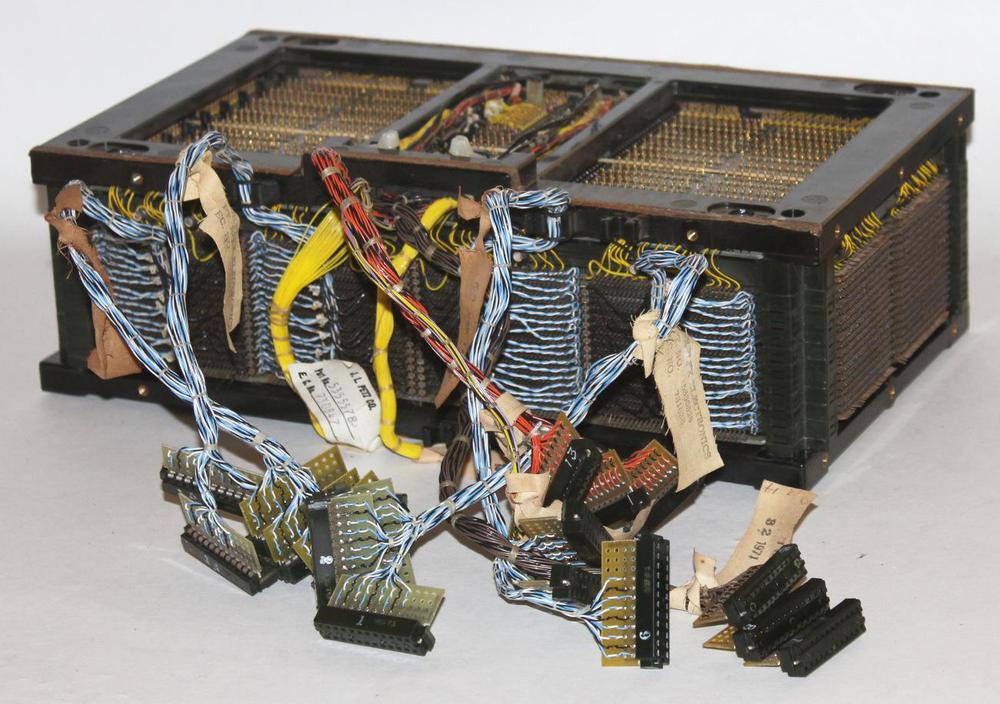 I recently received a vintage core memory array, part of an IBM System/360 mainframe computer. These arrays were used in a 128-kilobyte core memory system that filled a large cabinet weighing 610 pounds. This article explains how core memory worked, how this core array was used in mainframes, and why core memory was so bulky.